Artists from around the world came together with Viva con Agua to support water and sanitation projects in Uganda through an artistic exchange and to empower Viva con Agua Kampala – an organization which has recently been founded independently from Sankt Pauli. The journey included project visits, workshops, performances in Moroto and Kampala, as well as two festivals and the recording of a music collabo between top artists from four countries (Uganda, Kenya, Switzerland, Germany).

The six musicians - Octopizzo from Kenya, Maro and Bobi Wine from Uganda, Knackeboul from Switzerland, and Megaloh and Ghanaian Stallion from Germany - first came together in Uganda's Karamoja region, where Viva con Agua Kampala was visiting project sites of Welthungerhilfe on World Water Day, and preparing two music festivals in Moroto and Kampala. In Moroto, the artists joined Viva con Agua in supporting WASH projects (WAter, Sanitation, Hygiene) and put on a live concert, then everyone returned to Kampala for a second festival.

In the same week, the artists recorded 'Sema' and produced a music video to create awareness about Viva con Agua's water and sanitation projects.
Ugandans followed the journey online and via social media as the country's top reggae-dancehall artist and celebrated social justice advocate, Bobi Wine known locally as "The Ghetto President," posted about the project on his Facebook page. Following a night in studio, Bobi introduced his fellow artists with a photo captioned: "when Kamwokya is the meeting place of the world; ‪#‎FIRE!"

“I was playing the guys the beats, and within 1-2 second Octo said ‘this is the one’. There is a vocal sample that says SEMA – which is actually Swahili meaning ‘I have something to say!’ So we already had the message for the song. It turned out really great. Everyone delivered. Everyone killed it, actually.“


Ronald Magada aka Maro is an eccentric rising star in Ugandan music. Like his song Rising Star goes, the dreadlocked lad has that irresistible whirl of Afro-pop and RnB he has brought in the industry that has garnered him a youthful fanbase both locally and internationally. He describes the vibe of the song SEMA as follows:

“Actually it is a song you would listen to when you wake up and start doing something, like starting to be active. And then in the evening around 5! Yeah, and having a drink, not necessarily in a club but with friends when you’re conversating, you can listen to that.“

“The song we did together was dope, it was like a déjà vu. The German producer Ghanaian Stallion had a sample in my language [Swahili] and he didn’t even know. Things just fell in place. They brought a German word that meant the same thing in Swahili. Everybody brought their own vibe... it was deadly. If we had a different beat from that, it wouldn’t have come through, but this was a perfect fit.“

“The song was just the smoothest part of the whole trip. I did a song in Mozambique last time and it took longer til we found each other. Here we were more people, but we found each other quickly. Every character is very different in this song, but there is something that connects us. It just works. It just floated out of us.“

“It was the first time I performed in front of a crowd that really didn’t understand German. I was nervous that people wouldn’t accept it, but hip hop is worldwide. People appreciated the vibe, the flow. Even though they didn’t understand it, they really welcomed me very nicely, and there was a lot of respect.“

And Ghanaian Stallion adds within this contexte:

“I’ve had the beat for a while, because Megaloh and I are trying to use more and more African samples. The compilation of African samples and modern drums has a lot of potential to be the new music in the next few years, because everyone in the world can relate.”

After 10 years of Viva con Agua de Sankt Pauli the social community for fresh water and sanitation finally becomes an Ugandan All-Profit Organisation with the vision All for Water - Water for All. So even the artistical point of view as well as the content of music, arts and sports throughout the coming and working together in Uganda are influenced by the idea of self-empowerment: Uganda for Uganda is the key to a better tomorrow.

Maro explains the idea and message of SEMA:

„Coming up with my lines, I started thinking about what we learned in school. In primary, we learned about science, and ok, you have to wash you hands, you have to boil water, but I just wanted to tell people that you should put it into practice, so my whole message is based on that. The message is ‘I have something to say’ and then every musician has a point to tell people. So I have something to say is ‘sema’ which is ‘say it’.” 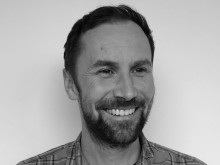 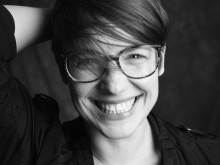 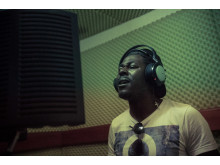 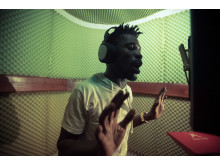 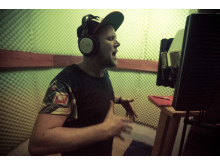 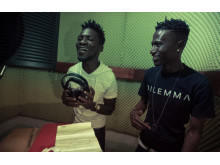 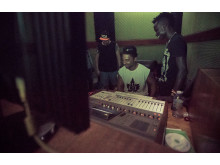 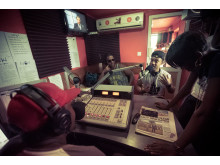 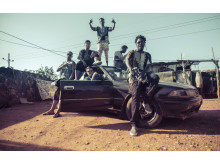 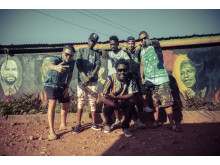 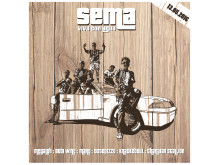 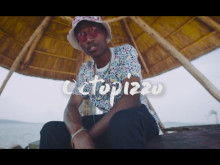 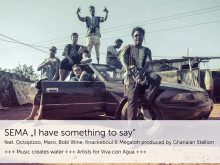 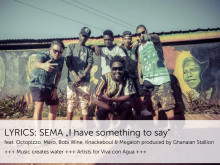 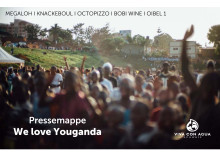